The FES in 2021 – dawn of a new era: We have reinvented the FES. A year of shifts and change lies behind us, the likes of which the Foundation has never experienced before: At the helm of the FES is a new leadership team. We are forging ahead with new ways of working, new structures and new pathways in dialogue with the policy-making sphere and society. In 2021, we were able to reap the fruits of efforts from the years before. The “FES100” process initiated by the Executive Board laid the foundations for this. We are thus able to assert with pride that we were not driven by a pandemic of unprecedented roportions. Instead, we courageously seized the opportunities that presented themselves. 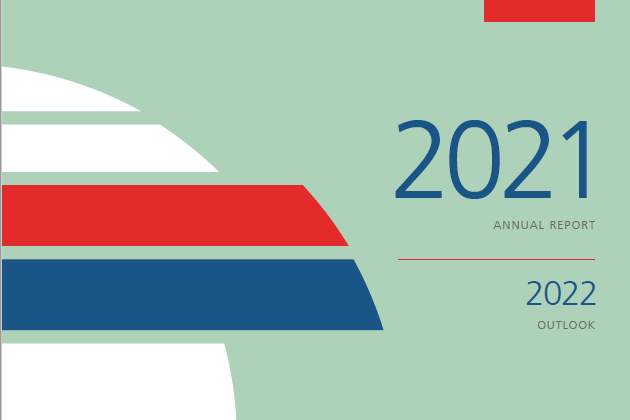 The first half of the year was still overshadowed by the lockdown and strict regulations governing contact and hygiene. The employees successfully coped with their daily work routines and all the changes that came along working from their homes. A considerable number had to come up with new working time models in the truest sense of the word to accommodate closures of day-care centres and schools. During this period, the FES initiated the biggest internal restructuring it has seen in decades. First and foremost, the two departments of civic education were merged together. At the beginning of the year, Political Academy and Political Dialogue fused to form the new Civic Education and Political Dialogue Division. Individual consulting units from this were integrated into the Analysis, Planning and Consulting Division. The FES political consulting units are now pooled together here, creating a more streamlined work structure. The two international divisions, International Dialogue and International Development Cooperation, also engaged in merger plans. The future division will only have completed all the complex processes of merger in the course of 2022. This year, European and international policy consulting was pooled in advance in the new Global and European Policy Department.

Meanwhile, the International Dialogue Division moved ahead with its own reform process: the European Union / North America Department (formerly Western Europe / North America) now pools FES projects involving the EU and G7. The Eastern Europe Department (formerly Central and Eastern Europe) focuses on the countries of the Eastern and South-Eastern Partnership as well as Central Asia. Four new topical offices in Brussels and Vienna also commenced their work this year. With these new structures, new heads of department and clear-cut responsibilities, the FES will be able to carry out its tasks even more effectively in Germany, Europe and the world in the future.

In early summer, when the Corona situation began to ease and things seemed to be about to return to normality, numerous staff members at the Bonn office were suddenly confronted with the flood disaster in the Ahr Valley. Numerous paths and roads to the FES were damaged or completely washed away. 2021, so it seemed, was out to test our mettle.

These challenges were unable to mute the swell of enthusiasm in the Bundestag election campaign in late summer. Numerous colleagues also made their own personal commitments, experiencing the shift in mood in Germany first-hand. We were already of the firm conviction at the beginning of the pandemic: Social Democracy will come up with the best solutions to find ways out of the crisis.

Climate, crisis, capital – as we describe in each and every facet of our Annual Report, the consequences of the crises show us that the state is by no means “out”. On the contrary.